I am privileged to be awarded a vExpert again for the 4th year in a row. As a VMUG Co-Leader of the Gainesville VMUG I realize all the work that goes into promoting this wonderful VMware community. Congratulations to all the other vExpert Award winners. You make this community really work. Please take a second to read the excerpt below and link to the announcement about what a vExpert is and how these awards were calculated. .

Excerpt from the vExpert 2019 Award Announcement:

Each of these vExperts has demonstrated significant contributions to the community and a willingness to share their expertise with others. Contributing is not always blogging or Twitter as there are many public speakers, book authors, script writers, VMUG leaders, VMTN community moderators and internal champions among this group.

I want to personally thank everyone who applied and point out that a “vExpert” is not a technical certification or even a general measure of VMware expertise. The judges selected people who were particularly engaged with their community and who had developed a substantial personal platform of influence in those communities. – Corey Romero, and the VMware Social Media & Community Team

The first release of 2019 is here! Today marks the release of PowerCLI 11.2.0 and it is an exciting one. PowerCLI now has 21 modules, to ensure you can automate roughly any VMware product. We’re adding new, and more secure, methods to authenticate. There are also improvements to existing cmdlets so you can use the […] The post New Release: PowerCLI 11.2.0 appeared first on VMware PowerCLI Blog.

The Future of App Monitoring 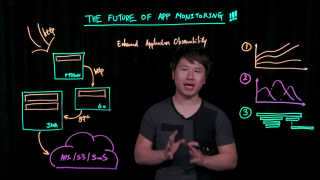 The Future of App Monitoring

Clement Pang, Chief Architect and Co-Founder of Wavefront, discusses how you can monitor metrics, histograms, and traces with Wavefront. He uses an example of monitoring microservices traversing multiple languages and transport layers that use different Wavefront open source SDKs (https://github.com/wavefrontHQ). 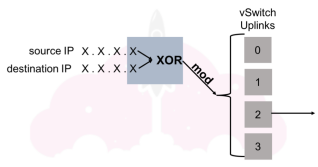 Covers advanced VMware NIC teaming and load balancing algorithms route based on IP hash and route based on source MAC hash, including benefits and drawbacks. 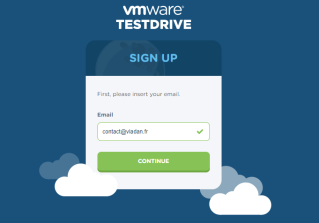 What is VMware Test Drive and Why VMUG…

Some of our readers might remember our article about VMUG advantage where we explain the good value and what’s included. The article is here – VMUG is 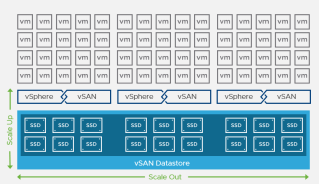 Learn the technical facts that will help you understand how VMware vSAN works, tips on deployment, and recommendations for managing an HCI environment powered by vSAN. Register for the February 27 webcast!

Get VMDK sizes for cluster is a helpful little PowerCLi script to check your vmdk sizes. It comes in handy when determining the correct size luns you need for your cluster. You can’t fit a vmdk that is larger than your lun size so it’s good to know what sizes you actually have in your environment.

Feel free to comment and give suggestions on how to improve this script or any others I have shared. Feedback is always appreciated.

More from my site

Setting NTP on ESXi hosts is a quick procedure using PowerCLi. Don’t forget to edit the script for your environment. Once you’re connected to vCenter you can run this script:

Comments are always welcomed. Let me know if this has been helpful.

More from my site

Setting DNS for Windows servers is straightforward using PowerShell. Utilizing Get-WMIObject Win32_NetworkAdapterConfiguration against a list of servers from a text file in a loop is the best way to handle a bulk dns change to your servers. I was prompted to share my PowerShell script after reading a post from Mike Tabor on his blog at MikeTabor.com titled How to update VMware Windows VM’s DNS using PowerCLI .

Mike Tabor goes through his process of taking an old script he found and updated it to more modern PowerCLI script. His script is very useful in that you can change the IP address in addition to setting dns for Windows servers in your VMware environment. He credits Jase McCarty who created the original script and helped Mike update it. I encourage you to go check it out.

Here is my purely PowerShell script that I have been using for the past few years to make dns changes. It does not update IP addresses but does allow for changes to dns settings. Using a foreach loop with all the necessary dns settings through Get-WMIObject makes for a simplified script. But just because it is simplified doesn’t mean you can’t do mass amounts of damage to your environment. I always test against a few individual test servers just to make sure before I send this against all my Windows servers.

It does work on both physical and virtual Windows computers. Unfortunately we still have a few Windows physical servers so I will still utilize this script when setting dns for Windows servers. However, when I need to make a mass IP and dns change to virtual machine servers I will utilize Mike Tabor’s script. I expect that soon my environment will not have any physical Windows servers. All virtual is the goal!

Caution: Like all code you download from the internet, please understand and modify the code accordingly to prevent unforeseen production problems.  Also known as career-altering events.

More From My Site

SEsparse snapshot data inconsistencies have been reported with databases. This is one of last week’s more interesting knowledge base articles. This is not something to take lightly. The knowledge base article is titled ‘Virtual Machines running on an SEsparse snapshot may report guest data inconsistencies (59216)’ . The good news is that it has been resolved and there is also a workaround. Please click on the link to see the entire kb article that includes the workaround.

SEsparse is a snapshot format introduced in vSphere 5.5 for large disks, and is the preferred format for all snapshots in vSphere 6.5 and above with VMFS-6.

VMware has identified an issue in SEsparse VM snapshots that can cause data inconsistencies.

This issue occurs when a VM is running on an SEsparse snapshot and experiences a burst of non-contiguous write IO in a very short period of time.

Note: VMFS-5 or NFS datastores only use SEsparse with snapshots when virtual disks exceed 2 TB in size or SEsparse is explicitly configured.

The issue is resolved the following releases: